In this note I’ll describe my failed attempt the synthesis of sulfur dichloride, which is a precursor for thionyl chloride.

Excess chlorine is reacted with elemental sulfur to form $\ce{S2Cl2}$ and eventually $\ce{SCl2}$, which are then distilled to remove any residual sulfur (sulfur is very soluble in sulfur chlorides).

The overall set of reactions is as follows:

I have not appreciated the degree to which chlorine can escape the apparatus. It easily escapes through ground glass joints, even clamped. It cracks the joint clamps in as little as ten minutes, making them release with a snap. It permeates right through silicone with speed that is impressive and severely concerning: 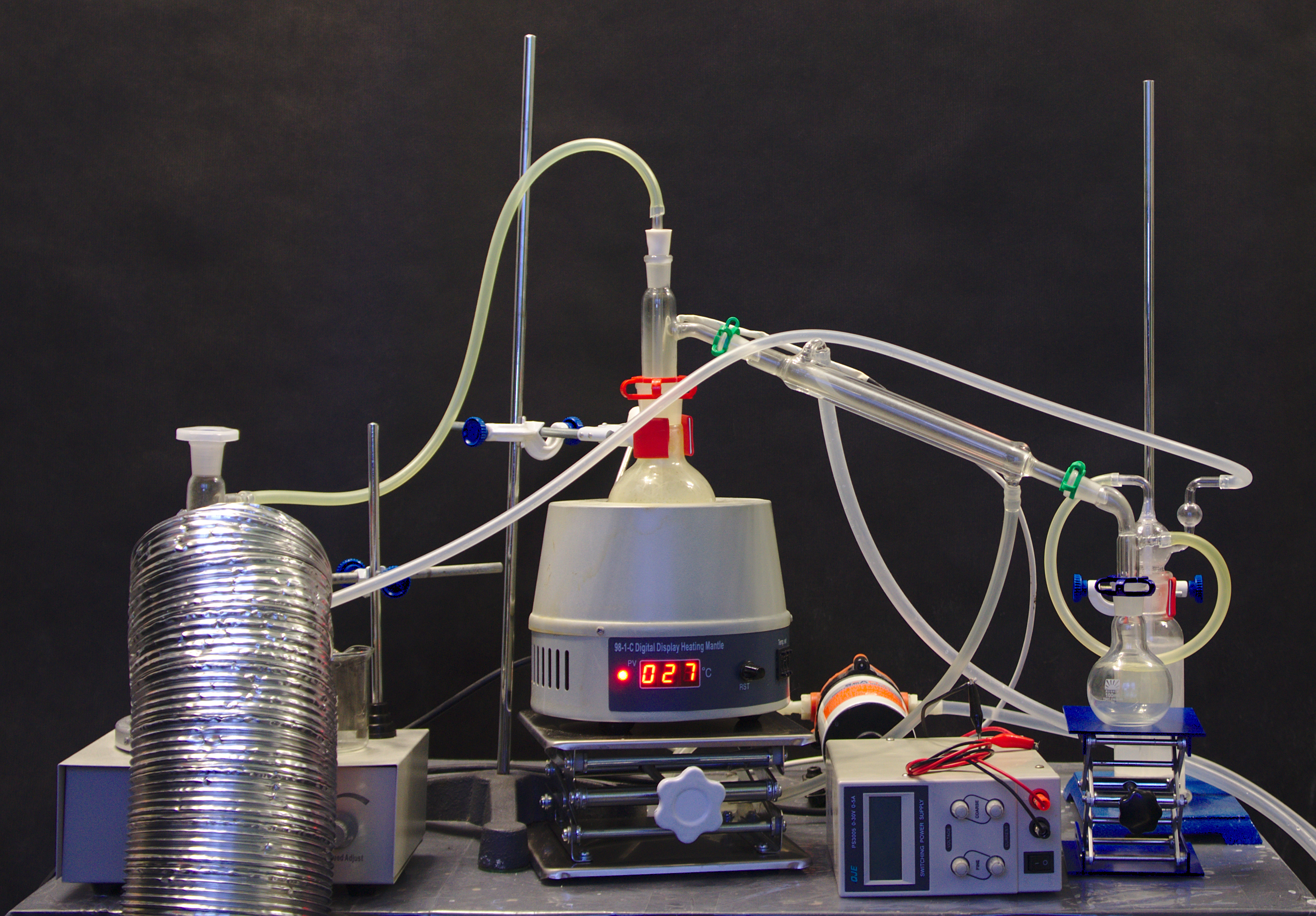 Additionally, the apparatus is dynamically nonfunctional: the surface area of interaction between chlorine and sulfur is quite small, and instead of being sunk into sulfur, most chlorine ends up in the chlorine trap, as can be seen by the deep green color of the hose connecting to the trap.

In spite of that, I appear to have successfully synthesized a small amount of $\ce{S2Cl2}$, a golden-yellow liquid that produces white fumes on contact with air with a suffocating odor resembling the mixture of those of $\ce{HCl}$ and $\ce{SO_2}$. It has condensed all over the apparatus after I’ve melted and resolidified the sulfur out of curiosity: 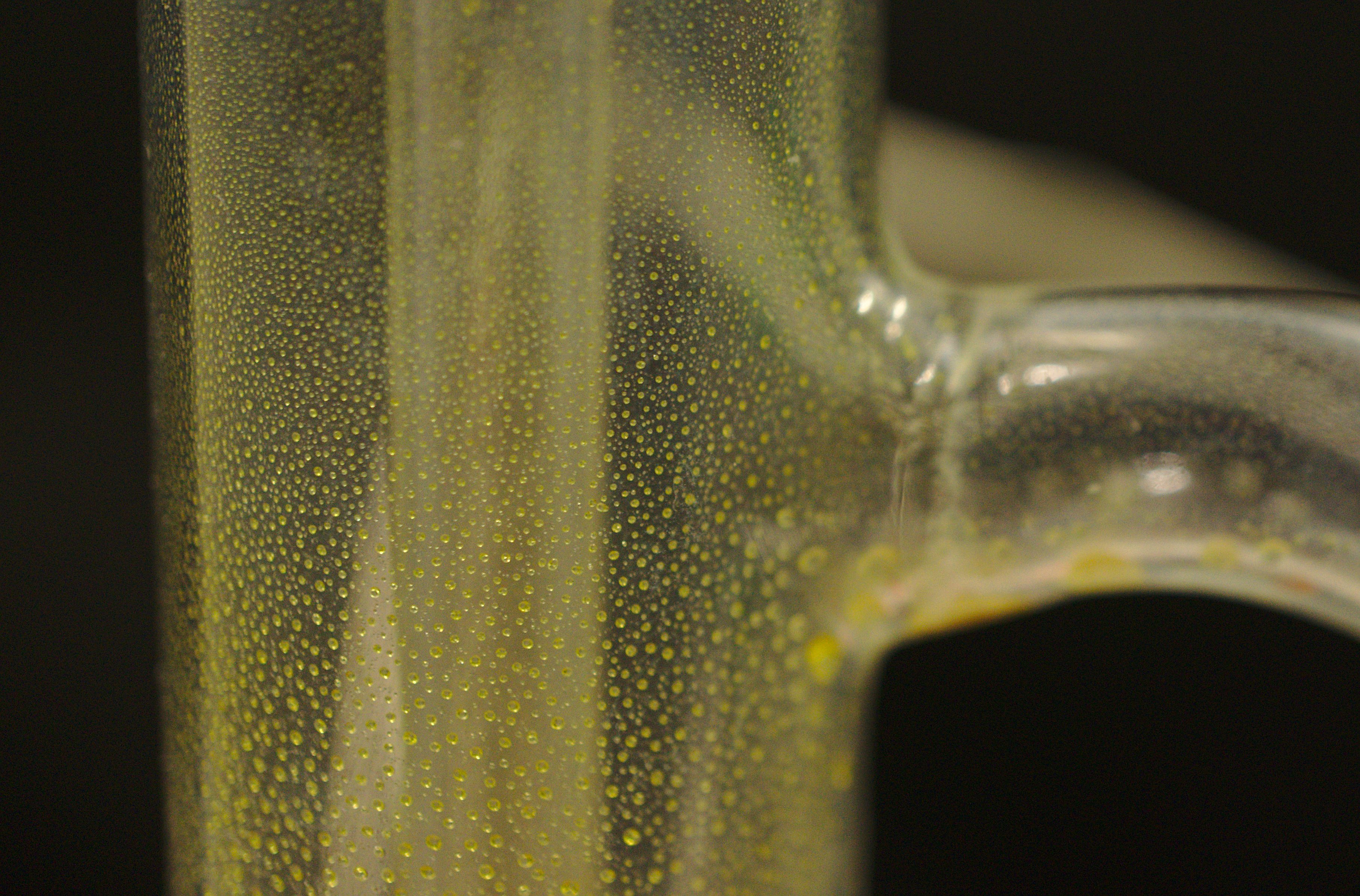