In this note I’ll describe my third, successful, attempt the synthesis of sulfur dichloride.

The ground glass joint of the gas washing bottle with sulfuric acid was greased with the same acid.

In the reaction were used:

At 100% yield, this reaction should result in ~34 g of pure sulfur dichloride.

Regarding improvements from the previous attempt:

This attempt was a success. A cherry-red liquid, solution of $\ce{SCl2}$ in hexane, was obtained: 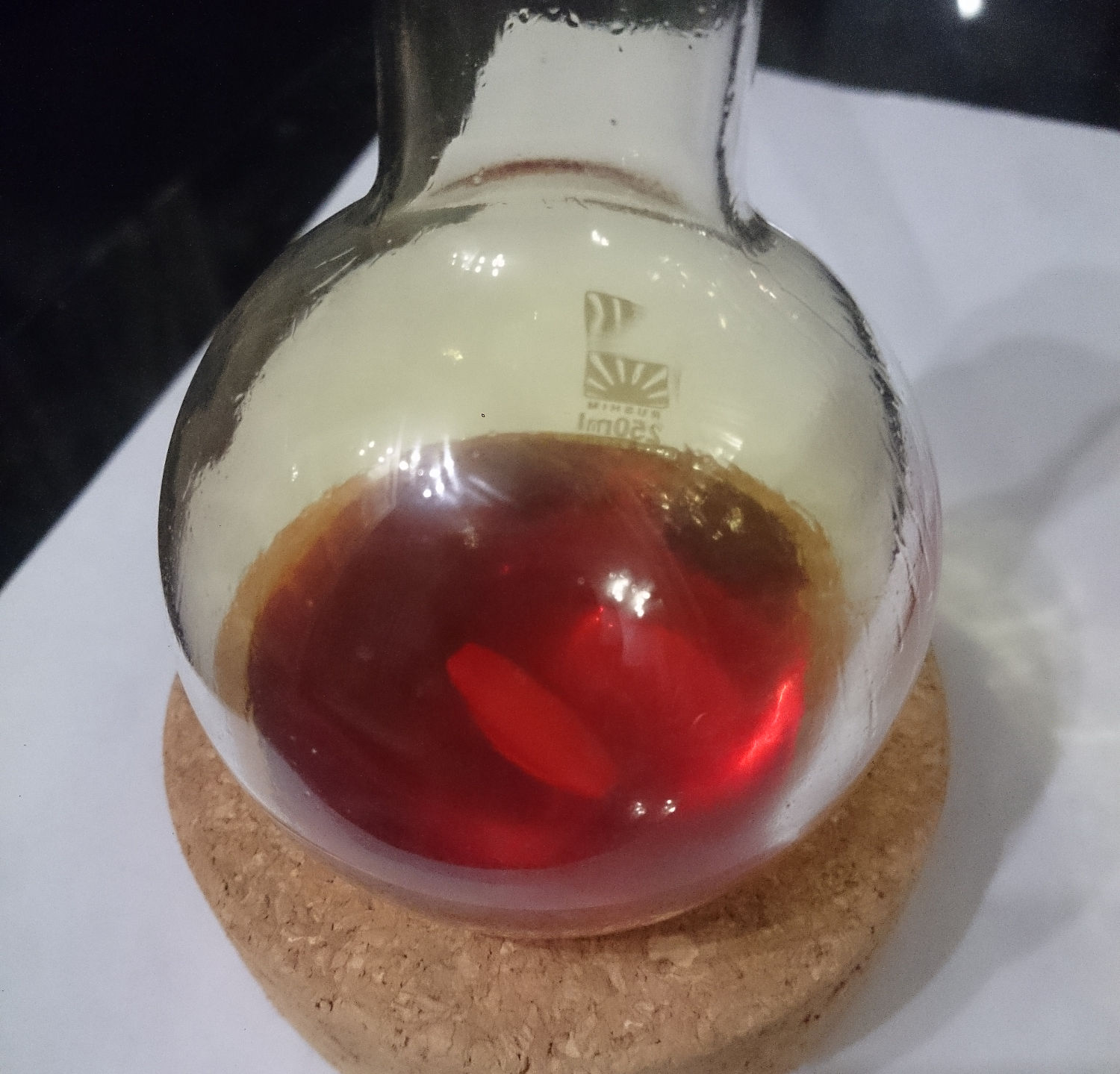 Purification is left to future work.