The following microphotographs of the front glass plate that contains color filters demonstrate the pixels lighting up: 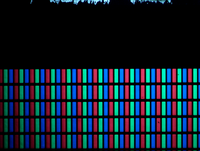 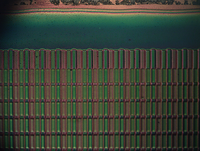 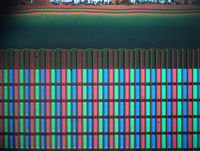 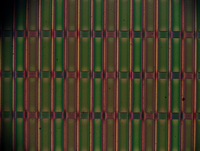 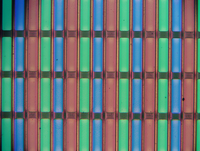 The following microphotographs (all taken in combined transmitted and reflected light for extra contrast) of the back glass plate show the circuitry driving the liquid crystals confined between the two glass plates. 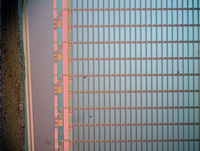 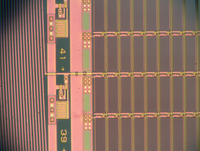 Second, column (source) drivers. There’s 384 in total, so the routing is far more dense. Note that the column drivers are located at the side of the display far from the controller, likely because of lack of space. Note the thick power distribution traces. 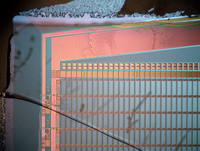 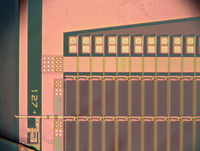 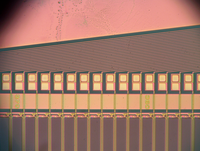 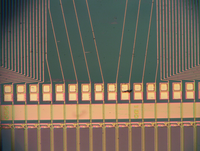 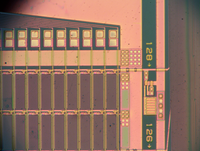 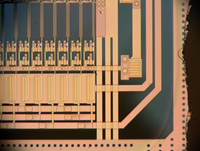 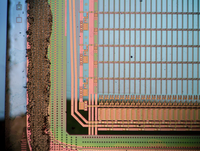 At last, here’s a magnified shot of one of the cracks in the glass that killed the LCD: 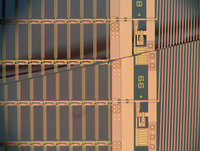 The cleanest pictures were taken by wetting a cotton bud with IPA, then swabbing the glass with the cotton bud such as to leave a thin film but also remove all junk somewhere out of the visual field, and photographing while the field has not evaporated. IPA appears to be nearly index-matched with the glass used in this LCD, and so it hides most if not all imperfections in the glass, apart from any cleaning that may happen as a result of this procedure.